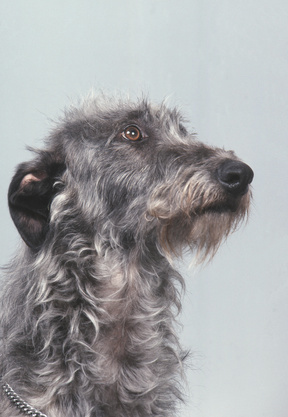 Objectives of the Study

The aim of this project is to assess whether there is a genetic basis to the heart disease dilated cardiomyopathy (DCM) in Deerhounds. Identifying a genetic defect, or defects, which may be the cause of DCM would aid in the discovery of a DNA blood test for DCM in Deerhounds. This may then become available to vets, pet owners and breeders alike and help prevent as well as diagnose the disease early. Deerhounds are reported to have a high prevalence of the heart disease DCM. One survey demonstrates that the most common cause of death in the Deerhound is heart disease, which represents 24% of all deaths (Adams et al JSAP 2010). There is growing evidence that, as in humans, DCM in dogs has a strong genetic basis. It has been hypothesised that each breed may have its own particular genetic mutation, or mutations, leading to DCM. The main aim of this research project would be to identify genetic locations (“loci”) associated with DCM in Deerhounds. A genetic test, or tests, would aid diagnosis of DCM in Deerhounds. As DCM is an adult-onset disease, testing breeding dogs and bitches before breeding for a genetic mutation that could lead to DCM would help prevent disease. Genetic tests for DCM would also aid diagnosis and help vets in general practice. Diagnosing DCM early in the disease process is important as there is evidence that treatment in the earlier stages of DCM extends survival in dogs (Summerfield et al JVIM 2012; Vollmar & Fox JVIM 2016). Primary DCM is suspected to be caused by genetic abnormalities but there is currently no information regarding this in the Deerhound. Analysing blood collected from DCM-affected and DCM-free hounds would help identify the underlying genetic cause(s) of DCM in Deerhounds. The hypothesis is that primary DCM is caused by genetic mutations in the Deerhound.

For any questions please contact: deerhoundgenetic@gmail.com
This study has ethical approval as a research project (41-2017E).